Half Day City and Temples with Grand Palace

Half Day City and Temples
with Grand Palace

Combining two tour programs into one half day and see the magnificence of three of the most amazing temples, and see the Grand Palace,
former home of the Kings of Thailand, one only can image that this will be a must-do tour when in Bangkok.

A city drenched in Buddhism, a capital that has influenced the country from all directions and beehive of activities that moves, shakes and cooks almost 24 hours a day, 7 days a week. Bangkok’s position continues to draw first-timers and repeating visitors because of its old-versus-new and never sits still. A morning venture that brings guests to the most recognisable landmarks and monuments on Rattanakosin Island while soaking in how Bangkokians move about in their city.

Half Day | City and temples with the Grand Palace

Offering this tour both in the morning as well as in the afternoon, our guide and driver pick you up from your hotel in Bangkok for 4 hours of getting an impression of the most stunning temples of Bangkok and the Grand Palace, Bangkok’s well-known building that breaths grandeur.

Our tour commences at the temple with the invaluable Golden Buddha. Located in Bangkok’s thriving Chinatown district, Wat Trimitr (also called Wat Traimit) is best known as the home of the largest known solid gold Buddha image in the world. Standing at 15 feet tall and weighing in at approximately 5.5 tons, this 700-year old statue has an interesting history.

Driving through Chinatown, we arrive shortly at the grounds of Wat Po. This large and extensive temple neighbours the Grand Palace enclave and contains a gigantic gold plated Reclining Buddha, some 46 meters long and 15 meters high, with beautifully inlaid mother-of-pearl soles. Considered to be one of the worlds’ most famous temples, Wat Pho is also regarded as the first centre of public education and is sometimes called ‘Thailand’s first university’

Situated close to the Chao Phraya, Bangkok’s River of Kings, the Grand Palace occupies nearly one square mile. The former royal residence of the Chakri Kings, the palace is the perfect example of an ancient Siamese court. Built in 1782 by King Rama I, it was the centre of power for more than 150 years. Today, the palace is Bangkok’s major landmark and most popular tourist attraction and is often used for the occasional ceremony. The interiors of most of the buildings in the Grand Palace are closed to the public.

After this introduction to Thai Buddhist temples and the home of the former Kings of Thailand, we bring you back to your hotel.

THINGS YOU SHOULD KNOW

THINGS YOU SHOULD KNOW×

Adventure in Siem Reap and Angkor

Known for its temples, Luang Prabang’s multi-faceted attractions even reach further afield from its laid-back
centre. Ancient pottery making and leisurely walking through hundreds of floral species
are seen as a great add-on to complete your explorations

The Habitat, a recreational forest park on Penang Hill, is a short drive from George Town. It provides an authentic, diverse and educational Malaysian rainforest experience and is ideal for the family to enjoy and learn about Malaysia’s rich natural assets.

About Us
Our Destinations
Agents & Press 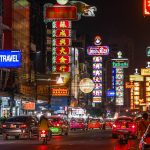 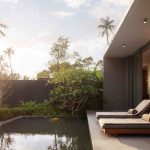 4 Days Wellness Retreat at Alila Villas Koh Russey
We use cookies to ensure that we give you the best experience on our website. If you continue to use this site we will assume that you are happy with it.okPrivacy policy