The Grandeur of UNESCO’s inscribed Ayutthaya

The Grandeur of UNESCO’s
inscribed Ayutthaya

Ayutthaya, Thailand’s former capital, has been designated a stunning piece of Thai heritage
and every visitor will fully agree that this cannot be skipped on your Thailand visit.
The famed temple ruins and more are just a short ride away from Bangkok.

Historically, Ayutthaya has long been seen as one of the cradles for Thai civilisation. Strategically located along the Chao Phraya River and the confluence of two local waterways, the position of Ayutthaya from trading and protective purposes has never been in question.

Influences from various nations, form the ravaging activities from the Burmese during the 18th century to trading traces from sea-faring nations such as the Dutch and the Portuguese, Ayutthaya remains above all the former capital of the Kingdom of Siam. Recognized by UNESCO as a World Heritage Site, the town just cannot be missed by any means to grasp the magnitude of what once was the centre of it all.

The Grandeur of UNESCO’s inscribed Ayutthaya

We will leave Bangkok with your own guide and driver at around 8:30 am and head in northern direction towards Ayutthaya. Located 90 kilometres north of Bangkok, the province is rich in ruins of once magnificent palaces and temples. Upon arrival in Ayutthaya, we will visit the most prominent sites as we simply do not have sufficient time to see all of what Ayutthaya has to offer. One of the magnets that draw visitors from around the world is the Wat Mongkol Borpith and the colossal bronze statues.

Following this visit, we head to the Wat Phra Sri Sanpetch. When King Borom Trai Lokkanat commanded new living quarters built this residential palace was given to be a temple area, thus originating Wat Phra Sri Sanphet: the royal chapel is currently without inhabitants but the impressive site is definitely worth the stop. Wat Yai Chai Mongkol is yet another example which we include on this day that resembles just a tiny bit of the grandeur of ancient Siam. Your guide will explain in detail the importance of this temple. Before we continue our tour, lunch will be served at a local restaurant.

After exploring the ancient temple ruins and having enjoyed a delicious lunch, we board a local boat and sail downstream to the former Royal Summer Residence, called Bang-Pa-In, the summer residence of the early Chakri Kings. One the most adored kings of the Rama Dynasty – King Rama V – spent a great deal of time here and built a collection of objects d’art. The Royal Summer Palace consists of buildings in Gothic, Renaissance, Chinese and Thai architecture. King Prasad Thong originally built the royal palace as a temple, and later monarchs added their own palaces according to their preference.

Our day comes to an end when we follow the same road as we came back into Bangkok. We expect to arrive at around 6 pm.

THINGS YOU SHOULD KNOW

THINGS YOU SHOULD KNOW ×

An enlightened encounter in Mandalay

Unbeknownst by few, Mandalay is regarded as an unofficial capital for Buddhism. The country’s second largest city is inundated with spirituality and religious buildings, leaving with a permanent aura of calm and serenity.

Almost blissfully marooned outside the protected centre of Luang Prabang in the jungle landscape of Laos’ centre region, little needs to be said about the sheer magnificence of the Kuang Si Waterfall.

Mae Taeng’s natural beauty radiates from the moment you enter the borders of this Northern Thailand district, ready to guide you through its sites, experience its fresh air, and explore the settlements of the ethnic minorities.

About Us
Our Destinations
Agents & Press 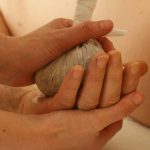 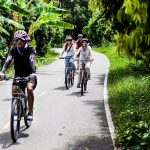 New Biking Perspectives of Damnern Saduak
We use cookies to ensure that we give you the best experience on our website. If you continue to use this site we will assume that you are happy with it.okPrivacy policy